This PRESS RELEASE was originally published on THIS SITE

Warm water angling is a contentious topic among devout muskellunge anglers, with many anglers deciding to stop fishing when water temperatures exceed 80°F because catching fish in elevated temperatures is believed to lead to high mortality. Until this point, there has been no formal evaluation to validate this belief. Ove the past two years, graduate students from Coastal Carolina University, in cooperation with the Virginia Department of Wildlife Resources (DWR), the West Virginia Department of Natural Resources (WVDNR), and West Virginia University (WVU) conducted a two-year warm-water catch-and-release mortality study for muskellunge in the upper James River. 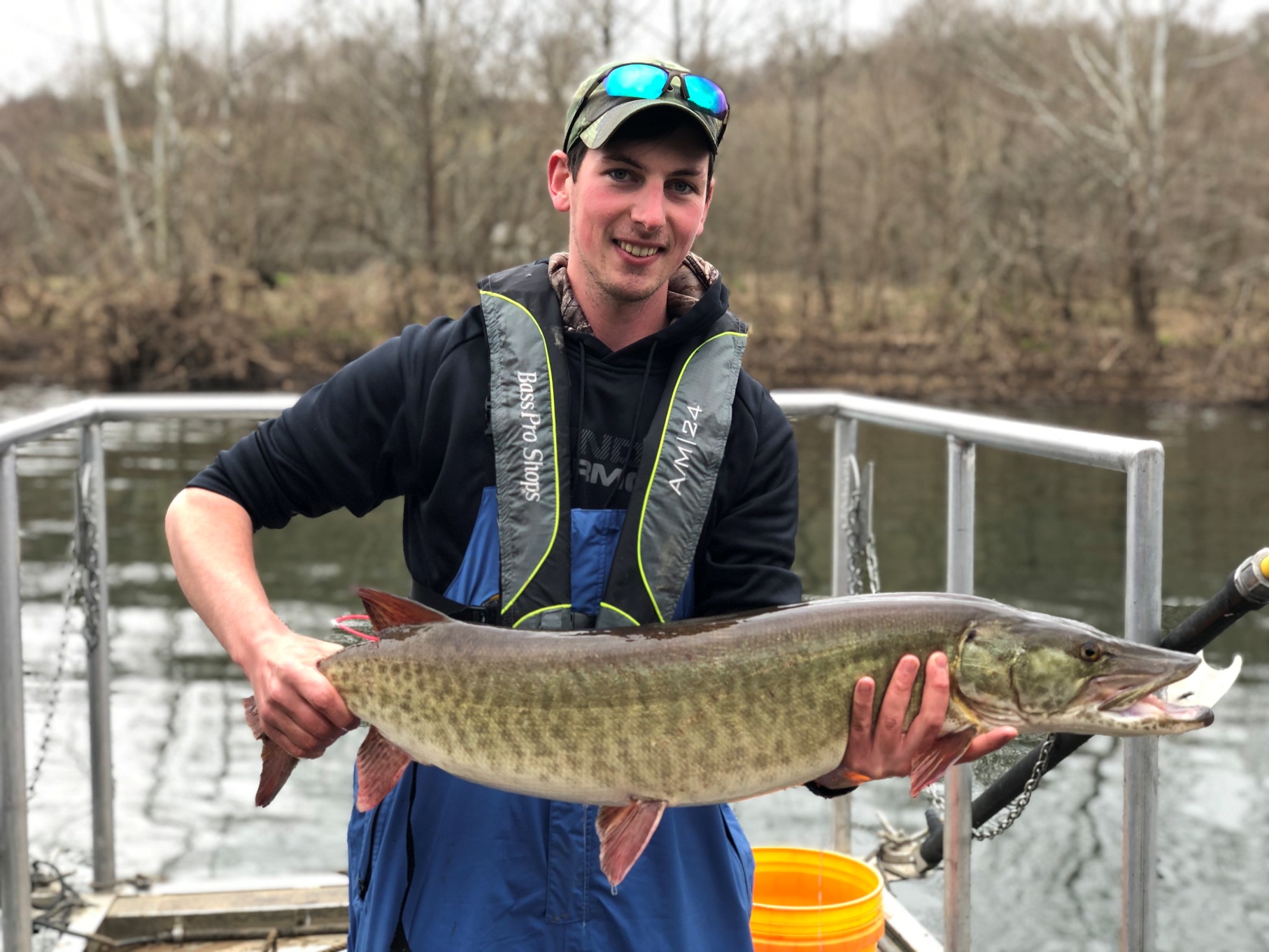 Researchers surgically implanted muskellunge between 26 and 46 inches in length with individually coded radio tags in February-March of 2020 (N = 45) and 2021 (N = 50) so we could track and monitor the fates of all tagged fish. We also attached external loop tags to the radio tagged fish so anyone who caught a radio tagged fish could report it and receive a $50 reward. 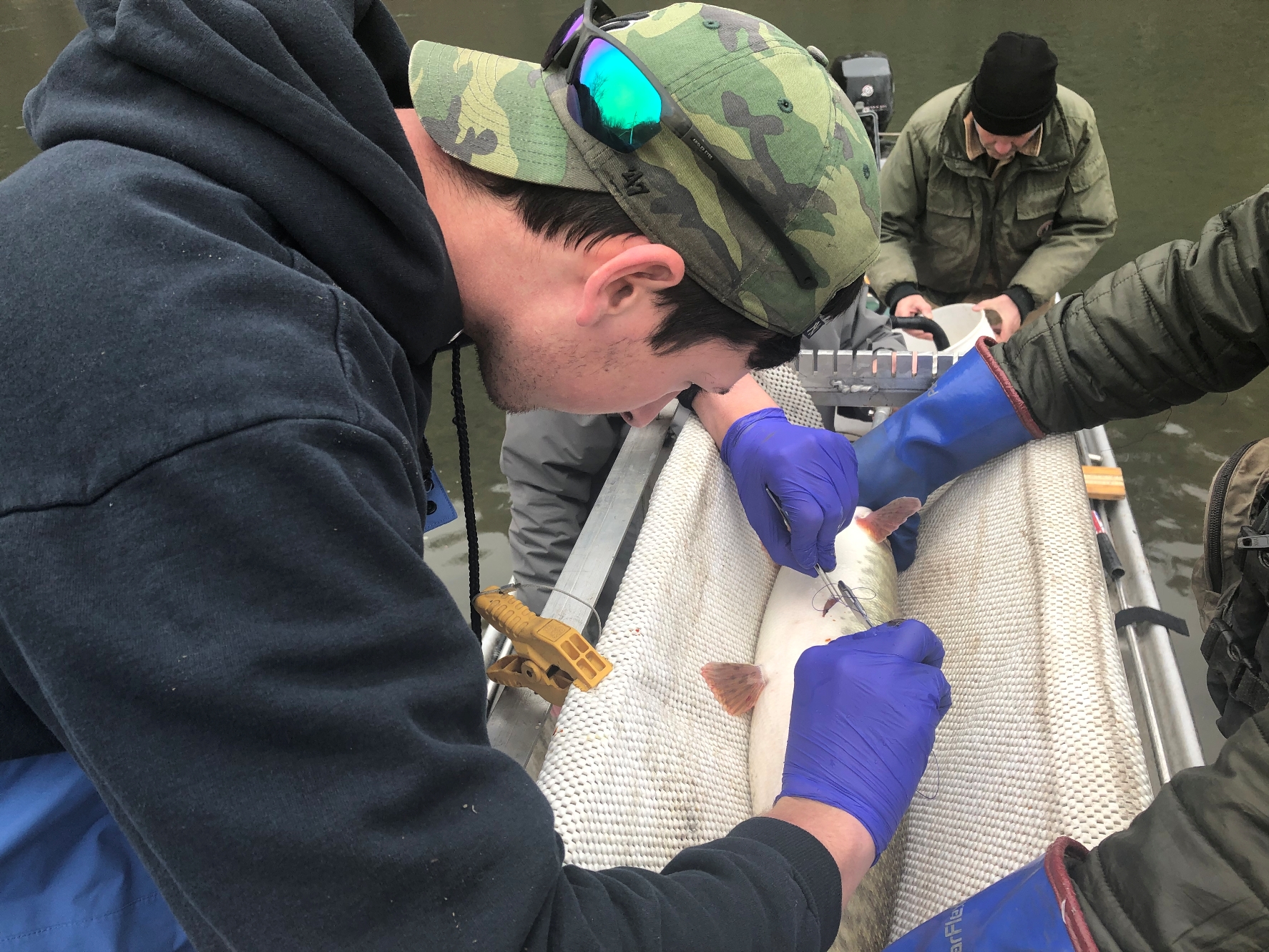 With the help of local anglers, researchers attempted to catch half of the radio tagged fish during the warm-water period, which we defined as July through August because that is when water temperatures tended to exceed 80°F. After a tagged fish was caught and released, researchers tracked the fish for several days to verify whether it survived or died.

Fishing action (i.e., follows, strikes, and catches) during the warm-water period was extremely low, even with known locations of tagged fish and experienced anglers using a variety of tactics (e.g., live bait, night fishing). Fish also visually exhibited signs of stress (e.g., no movement or interest in baits presented to them) and would aggregate near thermal refugia (e.g., creek mouths).

We used our mortality estimates, as well as James River muskellunge growth data and angler catch data from previous summers, to simulate how a season closure during the warm-water season would affect the size distribution of the James River muskellunge population. Based on our simulations, the changes in the estimated probability of muskellunge achieving >40” and >45” did not significantly increase in the upriver (+2.0% and +0.5% respectively) or the downriver (+2.5% and +0.1% respectively) based on expected exploitation rates.

Author: Admin
We aggregate press releases from federal, state and local government offices for publishing purposes and a network of news sites. We call this news source as "direct source news". We are unbiased, and politically neutral. It is America and people have the "freedom" to support and vote for the candidates of their own choice supported by their personal beliefs. We do however support America!